Thomas Snell, or ‘Snelly’ as he was affectionately known, was a popular, bright and mature 13 year old from the Northern Territory. A natural and talented athlete – and winner of many ‘Best and Fairest Awards’ – Thomas played cricket, AFL and rugby union, and could often be found outdoors, fishing, skiing, or bike-riding, or perfecting his cricket bowling skills. He was an animal lover and would spend countless hours with his dogs, pigs and his chickens, Blackie and Oprah. 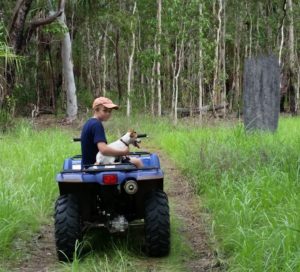 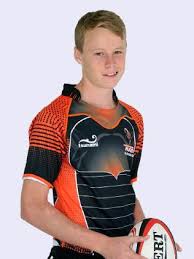 Thomas was a keen and talented rugby player

In late June 2017, Thomas was in Brisbane, representing the Northern Territory in the Queensland Rugby Union Junior State Championships. Several of Thomas’ teammates had contracted the flu, and he became unwell the night before a game. A GP visit determined Thomas was suffering from ‘gastro’. He was sent home with tablets and advised to rest, but his condition quickly deteriorated – his breathing becoming shallow, and his skin discoloured.

Only five hours after seeing the GP, Thomas was taken to Brisbane’s Lady Cilento Children’s Hospital. He was already in complete organ failure.

Thomas spent the next three weeks on a distressing rollercoaster ride in the hospital’s intensive care unit (ICU), being placed on two consecutive ECMO life support machines, and fighting very hard to survive. His lungs were damaged from pneumonia and ongoing infections that had triggered septic shock, and he was facing amputation of his hands and legs. This time was incredibly difficult for Thomas and his family.

Twenty days after being admitted to the ICU, Thomas’ condition had deteriorated even further. Hi parents, together with his medical team, made the devastating decision to turn off his life support.

When the time came to turn off his life support machines, Thomas was wheeled outside on his hospital bed and took his last breaths as the sun set. His parents were by his side. 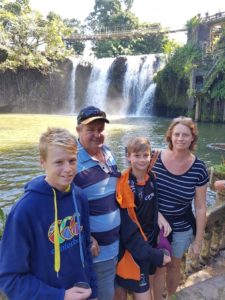 Almost a year after Thomas’ death, his family is still coming to terms with the loss of their son and brother, who they will always remember as loyal and humble, with a contagious laugh and dry sense of humour. The backyard cricket pitch where Thomas spent countless hours is now his resting place, and a special space for his family.

Thomas’ parents, Amanda and Phillip, are passionate about promoting sepsis awareness, so that no other family has to experience the loss they and Thomas’ younger brother now live with. They have established a foundation in memory of Thomas, and are campaigning to raise funds and increase public education about sepsis.